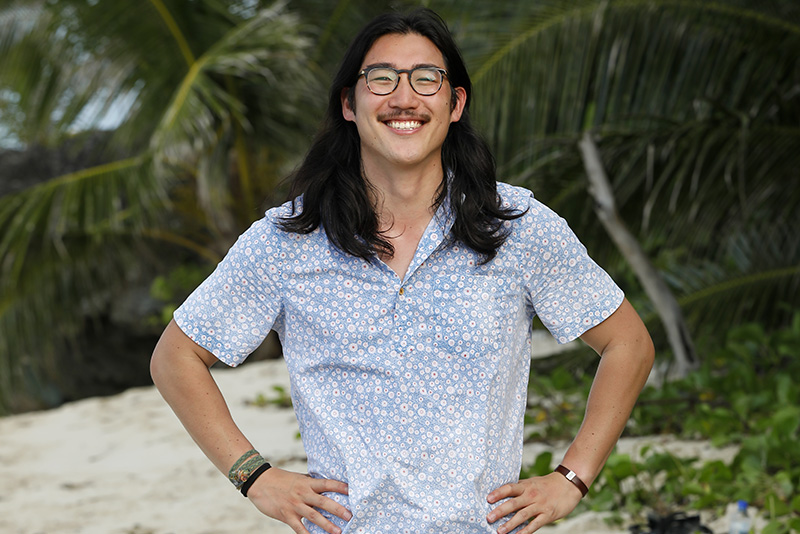 Knight (BSM ’14, MBA ’18), director of admission engagement at Tulane University, is one of 18 players competing for a $1 million grand prize on season 43 of the CBS reality-competition show. The new season debuted with a two-hour episode on Sept. 21.

“Survivor 43” was filmed on the Mamanuca Islands in Fiji in May, and while the players can’t reveal what took place on the islands, Knight says it was a once-in-a-lifetime experience.

“I said to myself on day one, no matter what happens, I got to see how ‘Survivor’ is made and that was just tremendous,” he says. “Meeting Jeff Probst and seeing a challenge course, all of this stuff was a fan’s dream come true.”

Knight grew up in Bethesda, Md., and was a fan of the show as a kid, but it wasn’t until he rediscovered it while on a Tulane recruiting trip in 2016 that he started to think seriously about becoming a contestant.

“Watching it again when I was 25 instead of a preteen gave me a new appreciation for the show,” Knight says. “It’s not just beautiful and cool and athletics, but it’s really this social-political experiment that I found fascinating.”

That fascination quickly grew into something more. After watching every season of the show — including the international versions — he applied to be a contestant and almost made the cast in 2017, an experience that only made him more determined.

“It reached a point where it was getting to be like an obsession,” he laughs. “I was researching what time of year should I send in my video, getting tips from past players — I’d slide into their DMs on Instagram — really trying to perfect my application. I’m proud of myself for sticking with it and having this pipe dream.”

As a business student, Knight studied leadership, strategy and negotiations, skills that often come into play on “Survivor,” but he says his biggest B-school takeaway was probably from management.

“I think the best thing that I took [from Freeman] was thinking about people and the awareness that every person has different goals and are looking for different things,” Knight says. “You need to have that perspective because it’s obviously not a one-size-fits-all scenario. I think my Tulane experience in general prepared me to be around just a wide range of personalities, so I think that in and of itself was pretty neat.”

With “Survivor 43” finally airing and fans lighting up social media with their hot takes on this season’s players, does Knight think he’ll be recognized on his upcoming recruiting trips?

“That’s certainly possible,” he laughs. “We’ll have to see how many episodes I end up being in.”